Melroze is a Glasgow based artist making waves his hometown, around Scotland and the UK. Over the past few years Melroze has developed a very unique style through hard work and persistence and has been very versatile in his time of making music taking on all different styles of hip hop music by not staying confined to a single flow or song structure and has constantly been pushing the boundaries. As one of the pioneers in the new era of Scottish music Melroze is looking to take things to a new level for himself and for the growing culture in Scotland. So far Melroze has built up a great track record from performing around all big venues in Scotland and working with the best in his field to having radio plays from the likes of BBC radio1Xtra he is certainly one to look out for in the upcoming future. 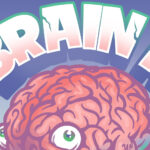